I am still in horse-show mode. After being away for five whole days, I was just starting to accept that my life was meant for hotel-room living, food-truck meals, and the constant anxiety in the back of my brain waiting for the next phase of the competition.  The latter is a lie. The whole week was a reel of excitement. While there are many riders almost a decade younger running CCI1*s to qualify for Young Riders, at twenty-five I feel no shame in feeling overwhelmingly grateful and excited to be here. I remember where my riding was only a few years ago.

So, while the excitement is trickling down because the week is over, I wanted to share a few moments that would have been beneficial to know before the event, rather than after. Hopefully, it will be a word to the wise.

This was the second horse I’ve had to order a passport for. And would you like to know that again I was over-nighting the passport to and from Lexington the week before Ocala?   I’m grateful my vets at Southern Crescent Equine are accustomed to completing passports. (I have dealt with a veterinarian who was not and completed it out wrong! USEF sent it back to me, and I had to get it edited!) But your horse will need particular shots, and they must be given in-advance, so communication early with your vet and friendly emails with USEF are beneficial.  I would suggest a three-month head start.

Second: Plan Your Pit-Crew in Advance

Because I normally only compete one horse a weekend, I’m not one to usually hire a groom to help. My parents will often come and lend a hand, but for the most part I’m usually self-sufficient for a weekend competing. (Minus weekends when my trailer breaks, I forget spurs and gloves, or learn the wrong test, and Julie’s

girls come save me.) But, even when you have five-days, one phase-a-day, have a grounds-person, and as many hands to cool-off is critical. I found my help two days before I left for Ocala?  If my friend Sallie had not helped me, I think I would have been eliminated or worse, I don’t know, I probably would’ve forgotten to eat and died or something, had she not been there. Even outside of the cooling off process of cross-country, I ended up needing different spurs, a hair-net, and little things quickly that my already nervous brain couldn’t remember that she handled and my brain could try to focus on actually riding. On cross-country, while I tacked up, she went and set up a spot with buckets, sponges, Frye’s halter, and really everything. When I came off cross-country high on adrenaline, my horse needed tack thrown off and ice on and off quickly to get her temp. down. Even with my step-dad Randy holding and walking while Sallie and I were rinsing and scraping, I think an extra two pairs of hands could have even helped to get her cooled off on this exceptionally hot day.

I attempted the latter, was declined, and now am just living off air until the end of the month. Again, most shows I go to are about two-days and sometimes will stable off-site. For the CCI horses, we were on the grounds Wednesday through Sunday. So suddenly your travel expenses are double, at least with multiple hotel-nights and stabling. Of course, this I did slightly plan for, I mean I read the omnibus and with all of the USEF/FEI/USEA fees and entry, I had my very large total. But….. there’s more. Suddenly you arrive and realize your horse could be eliminated for a hock rub so you have to buy three to four extra bags of shavings to keep their stall well-bedded. There’s now five days to buy the $10 smoothies and breakfast crepes. This is your first FEI event. Buy the video and photographer’s cd.  I bought a shadbelly show coat the week before. You’ll need the good kind of sponges and buckets for ice and cooling out, so yes I spent $16 on two sponges at the tack-trailer on cross-country day. I didn’t even shop at the vendor trailers. But, when I checked my bank account today, on my credit balance, it’s a red number, and I believe that means I went over what I’m supposed to.

Did anyone see my Instagram story on the night I was trying on jog outfit? Did anyone see me almost decide to bring along my chunky Lucky Brand heels with the peep toe? Thank you Jesus that I forgot them, and I only had my ballet flats which I’ve worn and never fallen in. Because even in my trusted ballet flats that hug my little feet, while I was racing down the jog strip I felt just a sliver of the heel of the shoe slip off my foot. Again thank you Jesus that it happened within a stride to the end so I could wiggle my foot back  in before jogging back towards the vet. Never, ever, again will I dream of wearing cute peep-toe heels to trot along the strip. Designer shoes on jog day are for your horse, not you. 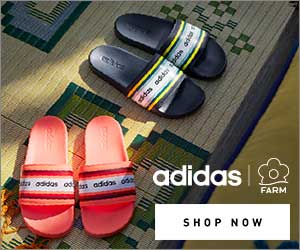