I’m too weird and messy.  Messy in that way that’s too complicated and over-thinks. When I started dating again after moving back to Auburn by the second date I always, every time, would receive the comment, “You think about things a lot.” You know that kind of intense messy.

The issue is, unfortunately I am not completely blind to the weird-ness.  I knew I was weird the Fall of my Sophomore year of college. I was an accounting major and elections were coming up for positions with an organization I was in. I wanted to be involved and elected to run for Treasurer. I felt pretty confident in the position, and it wasn’t a position anyone else wanted. I was the only one on the ballot for the position actually. The night of elections, you step out so they can discuss. They placed someone else on the ballot and chose them.  At that time, I knew. Something was different and a bit off, I couldn’t quite pin-point it.

To battle this knowing you’re different I found myself in one of two spectrums.

The first spectrum, that just runs all-out, zero f****’s. I’ve found myself in this spectrum for most of the past twelve months. Ok, for example, on this side because I just don’t care. I don’t care if someone is offended or taken back if it’s what’s on mind mind and I feel it’s the right thing to say. It’s a very no-games, no filter, I have nothing to lose by letting this slip off my tongue. It gets Date #1 every time. Girls, you’ll be lucky to get date #2 with that kind of talk. When I’m on this side when It’s good it’s great, but then you always crash the next day when you realize you said something entirely inappropriate or more-times was completely misunderstood.

The second spectrum is a very insecure, very quiet and reserved side. It’s just this knowing that you’re different. I never knew what anyone else was perceiving the difference to be so you try to fit into the back row a bit. I was probably on this side most of high-school I think. It’s silly now, but this boy would tell me how awkward I was every day at lunch. I was always so embarrassed, because first I didn’t know what actions I was showing to be awkward. Secondly, I didn’t know how to fix it so I could eat my turkey sandwiches in peace at the cool table which I’d landed on the last year of high-school. 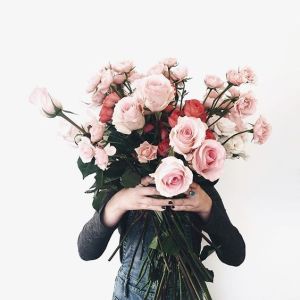 So here I am, post-cry that I’m too weird for anyone to like me. Because, you know YOLO at 24. I do actually get really nervous about sharing personal thoughts publicly. But, I think there’s a lot of gilded images on social media that girls and maybe guys get the impression that they’re by themselves in a lot of things. To me, I can handle a few more kids on the block asking me to hold my tongue or not return my lunch invites, if one person is encouraged.

Because there is a hope and a joy that can be found in the messes. While I have lots to learn before I can trick someone into letting me ride shotgun and have control over the radio, I do have someone who immensely, unmeasurably loves me. So much so, he literally walked in the least glorious time-period of the world without air-conditioning to die for me. Like, because he wanted a relationship with me, he says ok, just torture and kill me prison guard man.

It puts things into perspective and sets you a bit more focused I believe. As much as I want to be perceived as having so much strength and a peaceful heart that smiles and uses full sentences, nothing can even compare to what one person has already done for me. And he knows me the most. See just think if I actually acknowledge this weird stuff that happens, just picture what I don’t tell you! If that frightens you, hello Christ just says YOLO I’m going to have my insides stabbed out for her!

Whoa. Mind-blown. How can you then every need any more love again? With just that thought I think I can suffice living in the woods by myself for the rest of my life. Like just an ounce of realizing that love exists for me, I can just stop thinking so much and enjoy it. 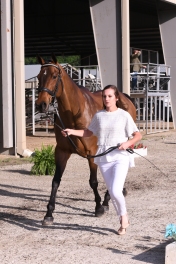